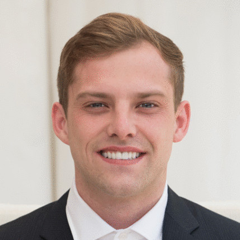 Mr. Bunker is an experienced project manager for software and mobile app development. UX/UI Designer by trade active stock researcher by night. He created a start-up company called PINertia that developed an iOS app available for download in the Apple App Store. shortly after he created a development/design funnel for the Ideapros LLC and its partners in San Deigo, CA.

While working as the Senoir Web Developer & Project Manager for Ideapros he was able to work on over 100 different apps all very different in scope complexitities and budgets.

He grew up in San Jose, CA, and where he helped create the Silicon Valley Business Center with his father Gregg Bunker. After getting a Bachelor of Science degree in Business Administration Small Business Management & Entrepreneurship from California State University, Chico in 2013 he now seeks to raise capital for smart investing.